Nice to meet you Glenn!, the announced documentary about Glenn Gould, has come true. Written by Alida Altemburg and directed by Alberto Collini, this documentary represents an important event about the figure of the Canadian pianist in relation to Italy: despite of his fame, in our country Glenn Gould it is not highly regarded, neather about critic nor under historiographical or biographic profile (except Piero Rattalino, author of the book Glenn Gould. Il Bagatto and of a special TV broadcast aired on RAI in the 90s. The news of an italian documentary about the pianist from Toronto aroused enthusiasm and with the same enthusiasm we’ve taken the opportunity to interview the mind bethind Nice to meet you Glenn!: Alida Altemburg.

First of all, I know it’s obvious, I know it’s banal, but I have to ask it: why Glenn Gould?
«I would say that personal motivation is the most logical: when I was eleven I was facing Bach’s repertoire (English and French Suites). I found this repertoire a real challenge, so my Teacher of the time, Prof. Gianfranco Carlascio, gave me a recording of Glenn Gould. The character of Glenn Gould had struck me extremely: on the cover of this disc appeared a beautiful boy, struggling on the piano keyboard, with his white shirt fluttering, his mouth open, his hair disheveled and his legs crossed. As I continued to listen to the record I could clearly hear grumbling in the background; I thought it was my mom in the kitchen complaining about the music being too loud. I turned off the recorder and realized that the pianist was “humming” on Bach and I was thunderstrucked!
I was determined to find out more about Glenn Gould. I immediately asked my teacher who’s that kook, where could I see him in a live concert. He told me he was from Canada, Toronto and he didn’t give concerts since he died young in 1982. I was disappointed and sad about. During my adolescence, I spent time also searching on the flea markets or in specialized bookstores everything about Gould. One day during my research I found a book, Glenn Gould Readers written by the man himself. I continued in my research I also discovered how among academics there was, in Italy, a real aversion to this pianist. Almost referred to as a negative mentor, a vaudevillian. For me, this was one more reason to follow him with more fervor!». 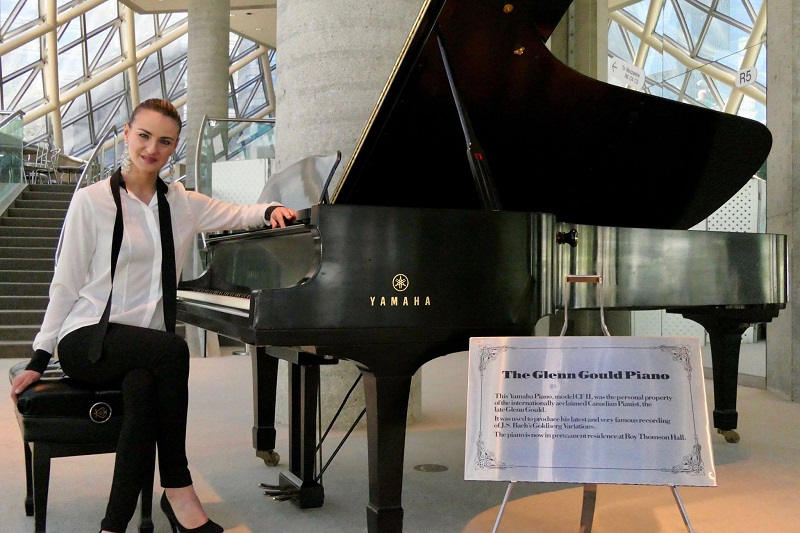 Alida Altemburg at Roy Thomson Hall with Glenn Gould’s CF II, on which he recorded the Goldberg Variations in 1982.

I suppose your research wasn’t simple: how many time it required? And what did you discovered?
«Switching from a passion for research can be challenging. Before leaving for the trip to Toronto it took about two years of in-depth readings of Glenn Gould’s work: texts, university research, recordings, documents and everything that could be useful to get the best out of them. One of the books that inspired us most was that of Kevin Bazzana, Wondrous Strange, which is the book that is used in the narrative of the documentary. And for this great opportunity, we thanks Kevin for all his support. Another challenge was to be able to access Glenn’s piano at  Roy Thomson Hall,  as well as Glenn’s apartment on St.Claire Avenue – we thank Chris Brands for welcoming us warmly – and to his birthplace where Anne and Chris gave us access. While exploring the places of Glenn Gould and through the interviews with his friends, we certainly revealed a part of the pianist’s personality that had never been completely analyzed, if not precisely by Bazzana. Today Gould is often described as the famous recluse pianist, who analyzes and criticizes and comments, who never sees the light of the sun. But we did not let ourselves be influenced by stereotypes, a search must open new perspectives (even with a certain naïveté): of course we treated the musical aspect of Gould, but we also wanted to investigate, through the stories and memories of friends and collaborators, about who this person was, this special and wonderful human being, with his strengths and his faults, how he lived the life he put into his music. The portrait of a man with a great sense of humor came out, a loner who loved the company of those who knew how to understand him. In the next few episodes there will be other revelations, including a mysterious journey and the idea of a documentary in China told by John A. Fraser, journalist and friend of Glenn, a mysterious female Opera singer with whom Glenn seems to had a relationship and again Verne Edquist tells us of a “lucky tuning of the Meistersinger” and of the jokes that Gould did while recording. The portrait of Glenn Gould that comes out is really very complex and multifaceted, like a Bach Fugue». 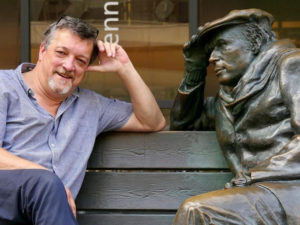 This documentary is an original D Major production: except you and the film maker Alberto Collini had a role other members? And which role?
«Alberto is not the only one of D Major TV to have lent his talent to the documentary. As a soundtrack we firmly wanted the Goldberg Variations by Bach: what you hear is the splendid and sparkling version of pianist Luca Carnicelli, which I must say he did a great job! Luca is a connoisseur of Glenn Gould and I think his tribute is very respectable, especially in some passages in the documentary that I prefer as the birthplace of Glenn and the city of Toronto. Silver Rossi, our D Major TV programmer technician who helped us in the mixes, and Irene Chiesa, a young actress who played me in the scenes as a child. Special thanks to Brian Levin Executive Director of The Glenn Gould Foundation and Amy Kitchen support on Toronto and Social Media».

The first “episode” is just released: where we can find it and what we will see?
«In the first episode the story begins just as I told you: back to that moment when as a child, I discovered a Glenn Gould: with a time warp, after twenty years the adventure on the footsteps of Glenn Gould begins. You will discover the sculpture by Glenn Gould  crafted Ruth Abernethy, the sound engineer Lorne Tulk will tell about the recordings at the Eaton Auditorium (now The Carlu) and you will discover the Glenn Gould Foundation with an interview at executive director Brian Levine, who will talk about Glenn’s retirement from the concerts scene and his relationship with the media. Plus a special dedicated to the current Glenn Gould Prize, Jessye Normann. I can’t tell you more! Watch it and tell me what you think! You can see it on Vimeo. I also invite the readers of Tuttomondo to follow the news on the  Glenn Gould TV website and on our Facebook page». 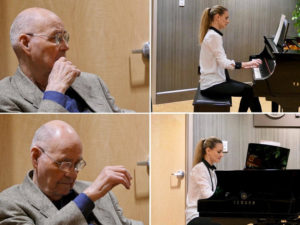 Why did you choosed to published it on-line?
«Always remaining faithful to the philosophy and aesthetics of Glenn Gould I think the online publication is a very useful solution! The fact that people can watch the film online, is a great opportunity. Unfortunately some productions and distributions today are affected by a flattening in favor of what they consider “commercial”. We made an initial attempt in that direction, but despite the interest of some distributors, there were too many problems. The Internet is the present and the future, moreover, the web allows you to remain free, not to have to undergo certain dictates of production and timing. Everything was decided here from the beginning to the end by us and we often consulted with Glenn’s admirers around the world. The documentary is self-produced and this also involves an economic sacrifice, but thanks to the web we are also receiving support through microdonations that allow the project to go on, to be able to maintain the Vimeo platform, the website and to be able to continue creating content and to do research. If you want to help us support the project, you can do it on PayPal: donations will be used to support the project!».

What was the greatest experience that you lived (or that you felt) during the making of Nice to meet you Glenn?
«Those ten days in Toronto were incredible!  It seems that Glenn in person was there, like a guide! Let me explain: there were some strange coincidences. Don’t think I’m crazy, but there are some strange facts. For example, after filming the interview with Chris Brands in Glenn’s Apartment, St.Clair Ave 110 we went down to the condo’s parking and we found a black Lincoln Continental, exactly the same Gould’s car, which had just been parked there! It was an incredible moment! Plus, our bed and breakfast in Toronto were in the same street where Lorne Tulk, the Glenn Gould sound technician, lived when he was a child. We also visited his house and when we were inside, Lorne told us about his childhood there.  Lorne told us about the first meeting with Glenn. I can tell you: we really felt a metaphysical presence of Glenn. During the trip, I also had the honor of playing the last Glenn Gould’s piano at Roy Thomson Hall and that was a very special moment in the name of music.  Another moment that I will always carry in my heart was playing the piano for Verne Edquist and receiving his compliments, I was really moved».

What we will see in the next episodes?
«On the 21st of July, the second episode will be out on Vimeo on Demand! We will enter the famous St. Clair Avenue 110 apartment where Glenn lived his adulthood, and Chris Brands, the new owner, will tell us many curiosities. We will talk to John Fraser about the first meeting between him and Glenn in northern Canada, where the pianist was shooting a documentary with CBC. Fraser will tell us about a project of a  documentary in China. There will be a serenade to Verne Edquist, tuner, and friend of Glenn Gould, who will tell us about his work with him and also some funny stories, about a mysterious woman, a monkey, a cow and why a tuner should never do pushups in a recording studio! We are waiting for you!». 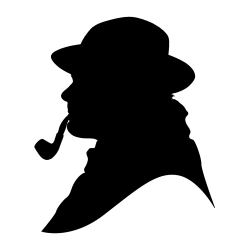